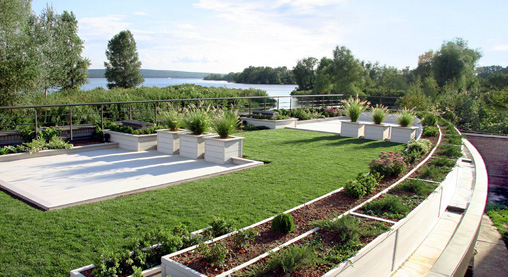 Time to think and act has come

It’s so fearful to think about life with so many environmental issues which have already booked it’s placed throughout the world and seems to be going nowhere. The problems are estimated to increase generation by generation. There are some very common and dangerous issues that are currently dealt by almost every country. Just for the sake of mentioning few of them, pollution is one very common term we come across on a daily basis. If we talk about India, the pollution rate is drastically increasing, but we are still not ready to face its damaging consequences. Pollution is not just restricted to water and soil but also to light, visual, point and non-point sources. It’s us who are responsible for this condition. So, next time, before complaining about pollution, realize that this is just the result of our careless attitude towards nature.

The population is another indirect contribution for all the environmental issues. Waste products created per person ultimately end up destroying the balance of nature. With pollution and population in the environment, the demand for good quality food, shelter and cloth have increased a lot in past few years. To meet the demands, more and more land is required. Making land available for living becomes an important practice. Due to this, deforestation comes into the picture. This is again an initial step towards declination.

Similarly, Global warming and acid rain are few disastrous results of such actions. This can be severely devastating and alarming as they may cause floods, soil erosion, increase in global warming, wildlife extinction, and other serious environmental issues.

However, since last several decades, human and industrial activity has contributed a lot that has resulted in an unfortunate reduction in the ozone layer above the atmosphere. Although the steps to cure all these issues are taken, it is still not showing any remarkable impact. One very mainstream act, that is still trying to reach its desired position in the society, is moving away from plastic bags. Alternative of hazardous plastic bags can be either paper bags or bags made up of cloth fabrics which are eco-friendly in nature. If you have already replaced your plastic bags with eco-friendly bags, you have more ways contribute. There are many ways of going green. As they say, change starts with you and it’s you who needs to start it. While talking about going green way, people in urban areas often think about how is that possible. An aerial view of most urban areas shows a large area of black tar and gravel-ballasted rooftops. Heat radiates off of those dark roofs. Yet, there is a new trend that takes upon the monotony of standard roofs: green rooftops.

What are Green roofs?

Green living is one very thoughtful way of worthy living. One way is to apply it in your basic amenity, in your house. Apart from the plantation, you can detail your house roof with small green plants. Green roofs boost traditional vegetation without disturbing urban infrastructure. They take a neglected space and make it useful. This kind of green act is possible where you have your own house. It has been named as green roofs. Nowadays, the concept of green roofs is practiced a lot. In the areas where people have their own houses, are opting for green roofs. Green roofs have existed for thousands of years. The hanging gardens of Babylon are one of the seven wonders of the world. Today in Germany, 14% of all roof area is green and we need to learn something out of it. Long popular in Europe, green roofs have begun to appeal to homeowners, businesses and even cities as an attractive way to promote environmentalism. These green roofs can heal the problems on a very basic level just by acting a little towards those standard roofs. Also, the layers of a green roof must, accommodate drainage and protect the building from the elements with a waterproof membrane. Green roofs also provide support, irrigation and root protection barriers while staying as light as possible. The greater insulation offered by green roofs can reduce the amount of energy needed to moderate the temperature of a building. The long-term economic benefits already outweigh the start-up costs required to set up a green roof. There are mainly two types of green roof that exist:

Intensive green roofs are essentially elevated parks. They can be as a wonderful roof garden with a pleasant view. Intensive green roofs can sustain small trees, walkways and benches with their complex structural support, irrigation, drainage and root protection layers.

Extensive green roofs usually exist solely for their environmental benefits and don’t function as accessible rooftop gardens. Extensive Green Roofs are well suited to roofs with little load bearing capacity and sites which are not meant to be used as roof gardens. The costs are lower than intensive Green Roofs.

There is also a Semi-Intensive Green Roof that has some features of extensive and some of the intensive green roofs. One of the most famous American green rooftops, Chicago’s City Hall, combines extensive, intensive, and the intermediary semi-intensive systems on one roof.

Anyone who has walked across a scalding parking lot on a hot, summer day has felt the effect of heat. Green roofs improve air quality and help reduce the heat. Green roofs also have a fairly stable surface temperature, that helps it to remain at air temperature or cooler. The extra growing vegetation insulates the building from intense temperatures and minimizes the heat gain.

Urban greening is a concept that has long been promoted as an easy and effective strategy for beautifying the built environment and increasing investment opportunity.

Below mentioned are few public uses of green roofs that can be even implemented in office buildings:

Because Urban Heat Islands(an urban area that is notably warmer than its surrounding areas probably due to human activities) increase temperatures in urban and suburban areas, they amplify the demand for air conditioning and ultimately contributes to global warming.

Green roofs can help increasing a building’s marketability. They are an easily identifiable symbol of the green building movement.

This can be an important agent in reducing greenhouse gas emissions and adapting urban areas to a future climate with warmer summers.

Along with these public benefits, green roofs can contribute a lot in private sector as well

While comparing our country with other developed nations, don’t just look at the concrete blocks. The solutions and steps taken to keep your place clean should be followed. Only the initiatives and awareness are to be started and people will understand over time. Curing the damages of the environment, in any way, should be a hunger in us. Green roofs protect the roof membrane from harsh weather and ultraviolet (UV)rays so it can be said that they are durable twice as compared to traditional roofs. These benefits are encouraging eco-minded people for their home, businesses, and cities to build green roofs. Green roofs efficiently replace a hard infrastructure with one that is not only more logical but also beautiful and useful.

There are many big and small companies who are already into the business of rectification of all the damages caused till now. As a responsible citizen, each one of us should put forward our strategies along with notions on a personal level and act to improve the conditions.