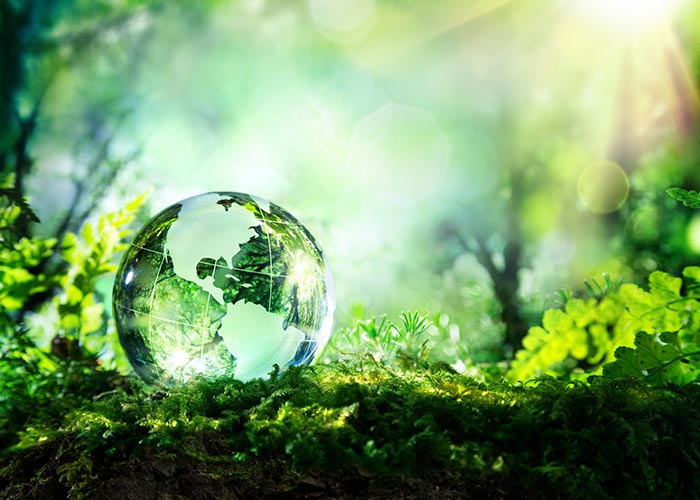 Purpose and antiquity of WED:

Billions of years of existence and just 44 years of celebration! This solicitous line is to tender our Environment that will be celebrating its day soon. UN was responsible to first establish World Environment Day in the year 1972. Even after 44 years now, it is celebrated in a fully fledged manner and hosted by the different country with a different theme every year. While welcoming this day, UN aimed to encourage the positive actions towards environmental care. This celebration has turned into a very crucial medium of encouraging the world to turn towards nature. World environment day, 5th June, is a huge celebration, millions of citizens across the globe engage in it through events in over 100 countries. It is considered as the most important day by United Nations to encourage and aware people worldwide to take some positive actions for the protection of our environment. Now, it has been a big global platform for public outreach.

Every year, on this day, people and organizations, organize environment curing events like clean-up drives, art exhibitions, and tree planting campaigns, recycling drives, social media campaigns and different interesting contests themed according to the prevention of environment. Youths, especially the students are big hopes for a better future. It is an initiative to work together for taking some positive actions to maintain the beauty of the planet. We should keep in mind all the objectives of this campaign all around the year. And convert them into actions accordingly to beautify the surrounding areas through plantation and cleanliness, saving water, less of use of electricity, using organic and local foods, save wildlife, and so many.

Dark and dingy polluted skies, dead rivers; vanished forest life is what we get to see after 44 years now. On 27th of March 1973 that is 44 years from now, a group in the remote Himalayan village stopped a group of loggers from cutting down trees. Since then, this movement was born. The group of people around wrapped themselves around the tree hence the name Chipko Movement. This Chipko movement was considered as the modern Indian environmental movement. Chipko movement was not at all unique even at that point of time. It represented a very wide spectrum of natural resource conflict in the late 70s and 80s. The conflicts included disputes over forests, fish, and pasture; moreover, the conflicts were about the social and environmental impacts of unregulated mining. Meanwhile, the pressures and issues of urban and industrial development had deprived local communities of access to the resources crucial for their own livelihood. For commercial exploitation, cutting of forests was in practice to which peasants opposed strongly. The lands after deforestation were to be used for commercial exploitation; pastoralists saw their grazing grounds taken over by factories and engineering colleges. Due to this pastoralist and artisanal fisherfolk saw themselves being crushed and thrown out by the large trawlers.

50 years ago Great white whales were actually great. Schools of fish so thick, they slowed boats and Sea monsters that could swallow a sailor whole. Fifty Years Ago, Fish Were Bigger, forest were more vast, the temperature was more pleasing. But Fifty Years from Now, this may not be the case and they all maybe Gone.

As the environment continued to deteriorate since last few decades, the level of pollution in the air has touched the limits in India. No state in India is left spared from it now. Many districts in Karnataka were devastated by mining issues. Dumping the waste again is a participant of this steady deterioration of ecosystem. The untreated waste of cities is been dumped in the nearby dumping lands that cause various health issues for the locals living in the areas around. The scarcity of water supply could not be kept below in the list. These major issues lie on the front face of our country. And the bad news is that it is finding its way to expand every day.

The question is what are we doing to cure these issues?

Apart from the legit acts, enacted in India by the Ministry of Environment, schools, colleges, NGOs and few companies are taking initiatives. We Indians can play a vital role in protection and conservation of the environment. These initiatives are either to promote green ways of living or are involved in their daily routine. The rules have been imposed on a serious level at many places so that anyone disobeying it could be charged or fined as a penalty. Moreover, this many Bollywood celebrities have joined hands with such movements. This way the scope of awareness expands more. People love to see their favorite celebrity involved in social work and eventually they try to inculcate same ethics into their own selves. Recycling is again a word of cure as recycling things can save a lot of new energy resources. Recycling and reusing have become a keyword in preserving the environment and it is the responsibility of every citizen of India to protect our natural surrounding by following eco-friendly ways which would help the future generations. The past and the present till date have anyway been passed, leaving the future in danger! And the greatest threat to our planet is that we think someone else will save it! People need to find workable solutions pertaining to the management of all the sectors of nature like that of water, air, garbage management and citizens here should take this processing as a challenge. These morals should be made as the part of daily life of any human. Teachers should take up the responsibility of teaching children the basics of how to protect the environment and maintain cleanliness. Anyway, the ones who will be at loss is our future generation so it’s better to work from right at this moment. India has ample of sunlight which could be used to generate power. Use of natural power has become a necessity now and people should make efforts to make solar energy an alternative to other energy sources. India, the pool of colorful cultures should not turn colorless by its own citizens.