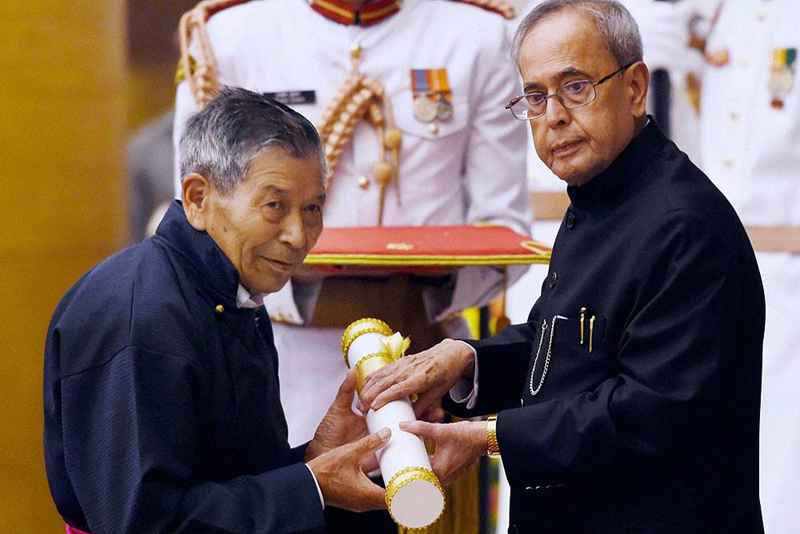 There is no doubt that if one has strong determination and dedication, there is nothing impossible in this world. That is what Chewang Norphel believed. Ladakh’s beautiful mountains might be a paradise for tourists, but ask the locals who have to struggle to meet their basic water needs every year. Chewing Norphel put his engineering skills to a better use and created artificial glaciers to provide water in this cold and dry mountainous region.

A 79-year old retired civil engineer has always been a solution provider. The story goes back to 1966 when he was posted in Zanskar, one of the most backward and remote areas in Ladakh, as Sub Divisional Officer. He, along with his team, had to construct school buildings, bridges, canals, roads etc. in that area. The task was very difficult to execute due to lack of skilled labor. So he started doing the masonry work himself and trained a few villagers to help him. After some years, when he went back to that village, he found out that the villagers he had trained had become perfect and were earning handsome salaries. Born in 1936, Norphel comes from a farming background and has served in the government service for more than 36 years before he had to take an early retirement due to his bad health. Being at home was not something Norphel enjoyed doing, and at the same time, the poor living conditions in Ladakh constantly troubled him. He thought of putting his engineering skills to a better use. Today, he is called the “Ice man of India” and has created 10 artificial glaciers in Ladakh to help people deal with water scarcity in this cold, mountainous region. Ladakh, a beautiful location with magnificent scenery around and exquisite beauty, takes everyone’s breath away. But, it is not the same with the people of Ladakh as the cold, dry and infertile land makes their lives harder than we could imagine. Fortunately, the situation is slowly changing as Ladakh now has artificial glaciers to meet their needs and people have Norphel to thank for his amazing contribution.

The idea first came to him when he saw water dripping from a tap which was kept open so as to avoid the water from freezing in winter and bursting the tap. The water gradually froze into the shape of an ice sheet as it came in touch with the ground and made a pool.

It struck him that the water that melts from natural glaciers due to high temperatures in summer goes to waste as it flows into the river. Instead, if this water can be stored in summer and autumn so that it can form a glacier in winter, then this artificial glacier would melt in spring and provide water to the villagers at the right time. It was now time for action, and he put all his engineering knowledge, field experience and passion to work. He started his first experiment in Phutse village. He made canals to divert the water from the main stream to small catchment areas located 4kms away from the village. He also created a shaded area to keep the water frozen in winters.

His first project cost him Rs.90,000. The width of the glacier ranges generally from 50 to 200 feet and the depth from 2 to 7 feet. This low cost model used only locally sourced material and help from the local community. Norphel has successfully built 10 glaciers so far. The smallest one is 500 feet long in Umla and the largest is 2 km long in Phutse.

His efforts have increased the agricultural production, thereby increasing the income of the locals. This has also reduced the migration to cities. His simple techniques has brought water closer to the villages, and most importantly, made it available when the villagers need it the most.

His simple idea has received acclaim across the globe and he has proved that if man is the one responsible for disturbing nature, he also has the capacity to save it. You just need the right intention to do so.